The high number of cars is a huge problem in big cities. Privately owned vehicles are bad for the climate and they clog the streets. Cities try to provide sufficient alternatives such as ridesharing services. Some politics - at least in Germany - want to raise the taxes on car related expenses. All in order to motivate people to get rid of their cars. But what do car owners think of the current situation? We asked people from St. Petersburg and Hamburg about their opinion on privately owned cars in big cities and their view on mobility of the future. Why these two cities? Germany was know for long as a paradise for cars. And the heart of people in Russia also beats for cars. 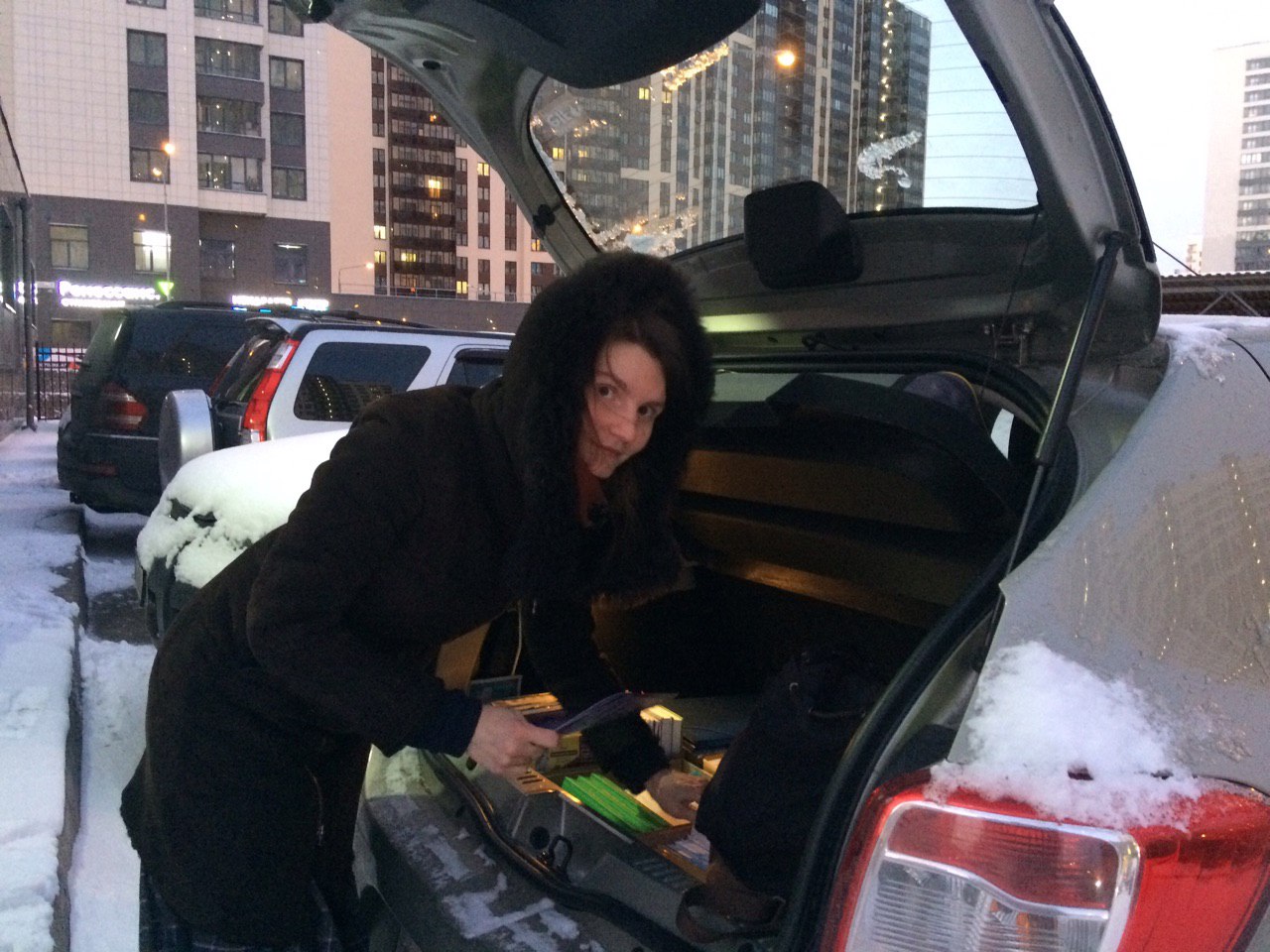 Evgenya Mironovich is a medicine presenter for a large international company. For her job she needs to be mobile: "None of the vehicles of public transport could guarantee reliability." She got the car from the company she works at. They pay all expenses connected to the car - except fuel. Apart from work she uses the car for going to the countryside with her dog. The only constraint: She can't drive the car outside Russia.

“It was always my dream to have a car. I don't care about the brand or price tag – It should work well. I appreciate the speed, comfort and beauty of it.”

When Evgenya started driving, she felt satisfaction. Nowadays she percepts her car as an instrument, nothing more: "I’ve even started to like being a passenger more than driving myself." Evgenya thinks that a car should actually pay of for the people who use it:"You should really need it, like in my current situation."

“Marketing teaches us that every successful man or woman should have a car, but I don’t believe in that.”

Finding a parking spot in St. Petersburg is a pain as well as traffic jams. Sometimes Evgenya thinks about taking the subway instead. She might switch to an electric car in the future, "but it depends on the price and on the charging facilities." 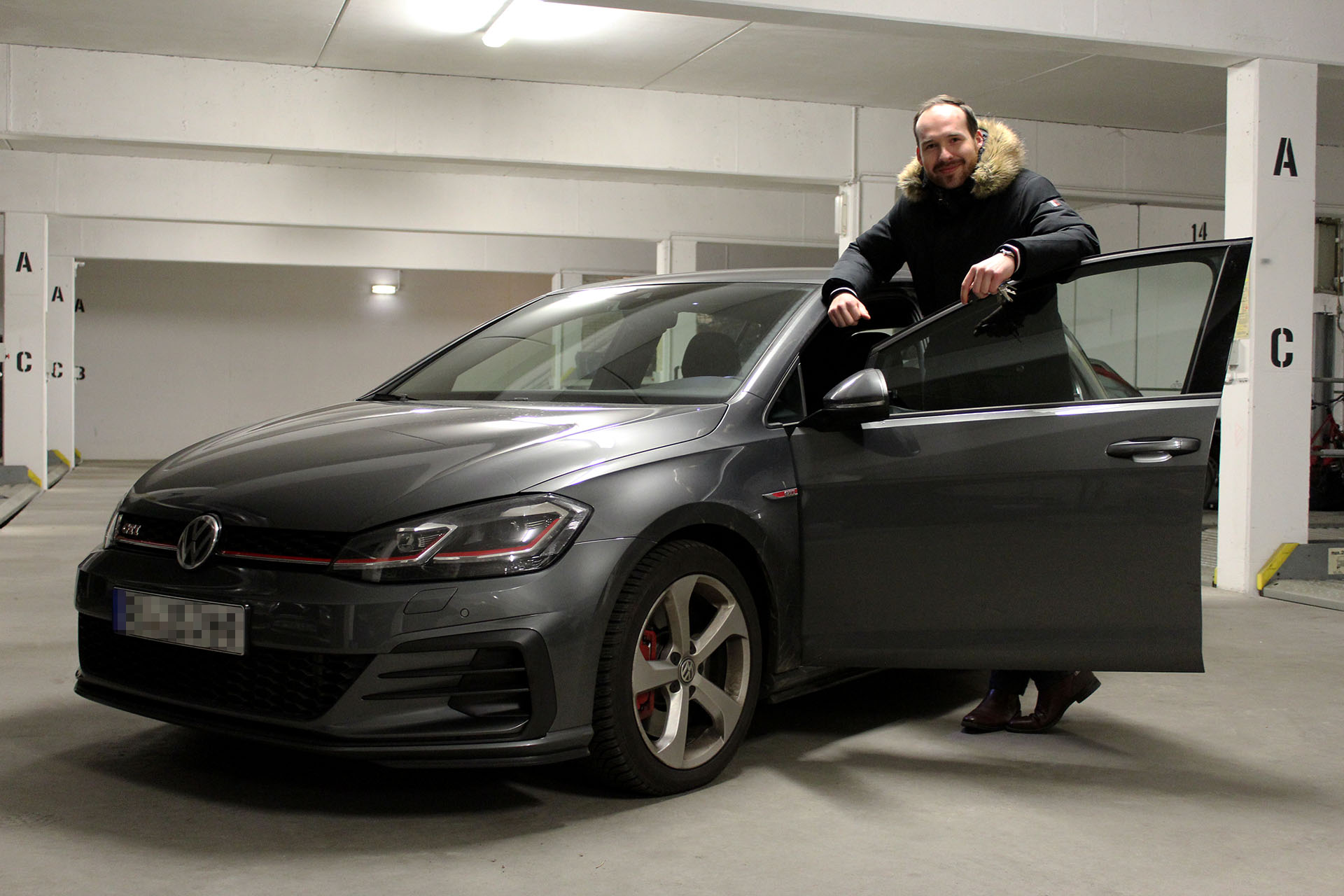 Jannick Sattkowski (26) drives cars since he is 17 years old. He enrolled for driving school as early as possible, when he was only 16. He enjoys having his own car, as it, for instance, makes getting to work or to do the shopping easier. At the same time it is important for his job as a field manager: His customers factories are often secluded from any public transport. A car is something people should not take for granted, he says: “Owning a car is a luxury. It' like having an expensive watch”.

“I will always remember the first time I drove a car all by myself at the age of 18. It was a feeling of pure freedom.”

For Sattkowski there is also an emotional component about cars. He and his father always change the winter tires for the cars of their family together. Everyone in the family likes cars and this ritual strengthens the bond between father and son. He also has a daily routine: “When I start my car, I leave the door open, so I can hear the engine sound.”

Jannick spends up to 400 Euros on his car every month. It wouldn’t be a problem for him to spend even more. “It has obviously to be in relation to the income though”, he states. When he is not driving himself, he is using the ridesharing service Moia a lot. For example when he is visiting friends in the evening. Carsharing like Drivenow is not his favorite way of getting from A to B:”You have to find a parking spot as well, so it is no improvement.”

“I often thought: Do I really need a car in the city?”

He would get rid of his car if public transport improved significantly in terms of frequency, reliability and comfort. “The bus is often too late or to crowded”, he states. He sees the efforts for improvement, for example the Stadtrad service – but so far, it is not enough to dissuade him from owning a car.

He would go for an electric car but only if it has a sport option. “As long as electric cars look like electric cars, I am not motivated to buy one”. He thinks that cars have huge impact on our climate. But there are other threats among cars, like cruise ships or trains that run on diesel. “The main problem is, that there is no equally satisfying alternative to having a car”. “Also”, he states, “there is already a lot going on in the car industry with electric cars, hybrids and fuel saving engine technologies. 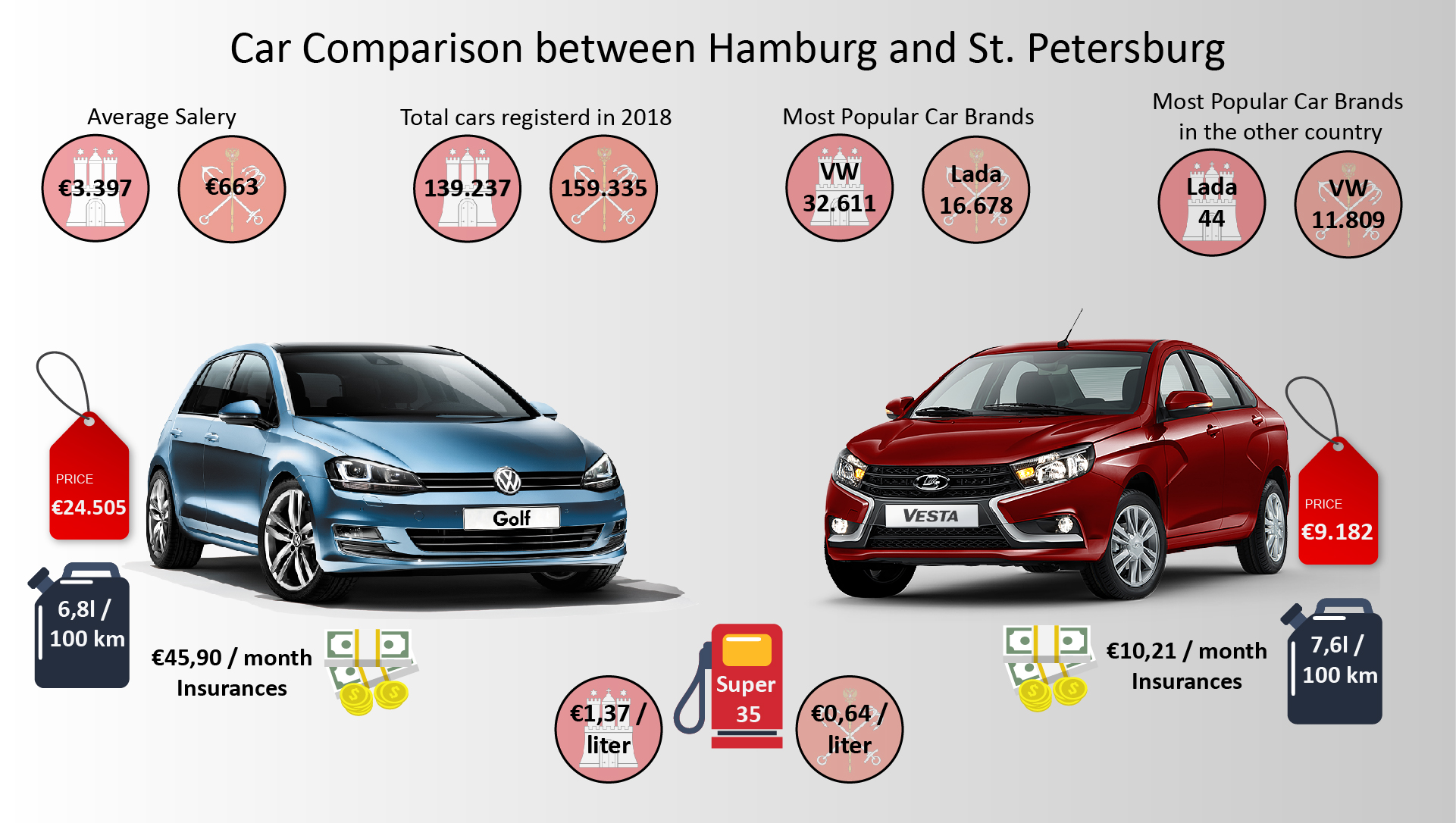 “If you see me without a car, I can assure you are mistaking me with someone else.”

Dmitry Makhortovs fascination for cars had developed when he was a boy. When he was only 12 years old his dad let him drive his car in the open field. "We spent a fascinating time together, when dad was giving me my first driving lessons", says Makhortov.

“For me, owning a car is much more about living a full life rather than about privilege.”

At the age of 15 he started driving on his own without any help from adults. He had saved some money and bought an old Nissan, but it wasn’t road legal and he did not think of it as a "true" car. He got his first real car at the age of 18. "In my company a car is a benchmark of you and your abilities. A real man should earn enough to buy one." For Makhortov, owning a car is much more about living a full life rather than about privilege. He is using it both in everyday life and for travelling.

“Me and my car have gone through much more difficulties than a great amount of modern couples.”

"I treat the expenses my car brings me like the expenses on my girlfriend, they are of the same nature", he says and states that it's not interesting whether it is smart to spend your money on this person or not, you just listen to the voice of your heart. "Frankly speaking, me and my car have gone through much more difficulties than a great amount of modern couples", he says. When he is about to leave his car for a longer period of time, he tries to ask it for forgiveness afterwards – by bringing it to the carwash, for example.

Irena Becker, 26 years old, once crashed a car to total damage. But that didn't stop her from using cars. On the contrary, it helped her to drive safer. “The accident made me drive more carefully. You always have to think about other people when you drive by yourself. Of course, that’s something different compared to the public transport.” She is working as a web developer in Hamburg and she studies media informatics at the Online University of Emden-Leer. She got her car, which she calls Berry because if its red color, from her parents in 2013 – two years after she got her driver’s license.

Irena spends about 250 Euro for her car every month – money that she rather likes to spend during the winter: “In summer I rather use my bike to get to work.” She approves of the new concepts of car- and ridesharing services like Moia or Drivenow and according to her opinion the public transport is well developed. But why does she use the car then after all? “I like to get stuck in traffic. No, that’s just a joke. I like about cars that I do not have to think about which train I have to take. I do not have to go to the train station first. It is slightly fast.”

“In Hamburg it is just convenience to use my car.”

A car is absolutely no status symbol for her. She always has the negative aspects of cars in her mind, like the bad environmental damage that cars do. “It’s not that I am ashamed, but I know it is not good for the environment and I should use the car as little as possible.” On the other hand, she has respect for her colleagues who drive an electronic car, but she would not treat them differently just because of their car.

“A car brings a bad conscience as well.”

She knows that there are too many cars on the streets and finding a parking space is a huge problem in cities. She uses the car to visit her parents, to drive to university or work, and she already went on vacation to Italy and the North Sea with Berry. She doesn’t like to travel with Deutsche Bahn for longer distances, because of its bad reputation. In the last winter she wanted to go to the North Sea by train. “They had buses for the first bit of the way. But the bus wasn’t coming. We stayed in the cold with a lot of people.” After a while some of the people decided to carpool and drive to their destination with Irena’s car.