Since mobility in big cities is expected to collapse, we need solutions for our streets. Are trams outdated or the future of urban mobility? Students from Russia and Germany took a look on the situation of trams in Hamburg and Saint Petersburg.

There are only a few relicts left in Hamburg: An old tram coach on the parking deck of a supermarket in Winterhude, a few meters of rails in front of a school in Klein Flottbek or an old tram shelter in Ohlsdorf, used as an atelier nowadays. The tram in Hamburg was shut down more than 40 years ago.

In St. Petersburg the situation is different: Trams belong to the city like buses or the subway. By the end of 20th century the Russian city was known as the tram’s capital. It had the largest tram network in the world and entered even thebook of Guinness World Records.

But since the 90s, the amount of tram routes started to decline sharply.

Changes will await both cities since mobility in general needs to reinvent itself.

The last tram service in Hamburg ended in 1978. At that time it was one of the oldest and most important tram systems in Germany, decided by the Hamburg Senate in the 1950s. Politicians and citizens believed in the growing subway system as well as the motorized traffic by buses and cars.

Since the last ride of a tram through Hamburg, there were two attempts to build a new tram system: The first proposal with two tram lines was stopped in 2001, shortly before the planning approval started. The money was used to build a new route for the subway U4 to connect the new quarter HafenCity with the city centre.

The second attempt was promoted by a local initiative and supported by the Hamburg Green Party in 2007. This initiative’s main aim was to connect outer parts of the city with the existing railway services at economically affordable costs. The official planning for the “Stadtbahn” started in January 2009, the construction work was scheduled to start in 2012.

But in May 2011 the almost finished planning approval was stopped by the Hochbahn following a change in the Hamburg government. As a concession to the growing need of more public transport, new bus routes were built for the very busy MetroBus lines 4 and 5 to reduce the journey time.

The interactive map originally placed here had to be removed for data protection reasons.

Nowadays there are no obvious efforts to restart a tram system in Hamburg. The next big infrastructure project is the new subway route U5, connecting the north-western and north-eastern districts with the city center. It’s a prestige project with state-of-the-art technique: driverless coaches, 90-seconds-timing, ultramodern subway stations. The costs only for the eastern part are around 1.75 billion Euro. There is no money for two projects of this league. The planning approval of the U5 already started and will be finished by the end of 2020.

Since the 1990s the number of tram lines in St. Petersburg has sharply decreased by 70 percent. Therefore the city lost its place as a world leader in tram transportation. Despite this decline, the tram is still one of the most popular transport systems in St. Petersburg. In 2018 nearly 160.000.000 people used the tram on a daily base because of its continued successful convenience.

Michael Katz, a Russian politician, and co-founder of the public fund “City Projects”, still sees great potential for trams in St. Petersburg: “The tram is quite an effective transport system for St. Petersburg because this city has dense buildings and the tram system doesn’t need a lot of space. Furthermore it is difficult to pave a subway due to the climatic features and features of the soil in St. Petersburg.”

“The tram is an effective public transport for ST. Petersburg because this city has dense buildings and the tram system doesn’t need a lot of space”

As there is a big problem with traffic jams, especially at peak hours in St. Petersburg,  the trams act as the best of both worlds. When special dedicated lines are designed for tramways, it reduces trams from the general traffic flow. This results in allowing people to get to the right stop quickly and safely.

A slow way through the city

But there are some noted problems in the tram system. First of all, tram lines often run on the roadways, especially in the historical centre of St. Petersburg. The speed of an ordinary tram is very low – about 13 kilometers per hour. During traffic jams it can decrease to seven to eight kilometers per hour. In addition some tram stations are located directly on the road which can cause accidents.

In response to these problems, the government of St. Petersburg decided to renovate the current tram system and to extend it and make it more comfortable for the passengers.

Back to Hamburg: The citizens elected a new parliament in February 2020. The issues of public transport were visible everywhere in the city during the campaigns: on posters, in speeches and in the newspapers. There have been many discussions in the past about how to solve traffic problems: More and more people live in the city, the streets are getting fuller and fuller. That’s a burden not only for the environment.

It seems clear that the solution is currently not to be found on the street. Too much money has spent on planning the new subway line U5, the traffic is to be shifted more and more under the surface: There is no focus on a light rail system, at least by the governing parties.

But the discussion is not completely dead. In November 2019 the CDU suggested another tram system, the “MetroTramAltona“, connecting the western suburbs with Hamburg-Altona. Similar concept, different name. But the party was one of the big losers in the elections. It lost more than 4 percent from one election to the other.

The big winner of this year’s election is the SPD party. The SPD had already positioned itself against a new light rail system in advance. But there is another winner and a potential coalition partner for the SPD: the Green party. They almost doubled their election result and symbolize the green election trend in Germany.

The Stadtbahn can become an option again

“We basically say yes to the fact that the light rail should get a second chance in Hamburg”, says Martin Bill, transport policy spokesman for the Green Party in Hamburg. “The HVV is currently reaching its capacity limits in many areas. The discussion about the expansion of the HVV has been going on for more than 30 years.” The new subway line is a first reaction of the government of Hamburg against the expansion of the HVV.

“After the change of government in 2011 we decided to support the extension of the already existing subway and bus system. The original plans for the light rail services came from a time when the city lost citizens and the public transport system passengers. Nowadays the situation is different, the city and the public transport systems are growing. The capacity of subway and S-Bahn are bigger and can handle still growing numbers of passengers in the future”, says Dorothee Martin, transport policy spokeswoman for the SPD in Hamburg.

Hamburg relies on a new underground line – for now

The Hochbahn, the leading public transport company in Hamburg, sets full support for the new subway – but has not completely forgotten the tram yet. It seems as if everyone is interested in strengthening and expanding public transport. The only question is whether there will be a place for trams and where it will be.

The tram is probably the most likely solution in the first place. “If you mean it seriously with the statement ‘We want to strengthen the HVV’ and that you want to transport more people, then in the end it will also be the case that the subway will be full”, says Martin Bill.

But of course it is a question of priorities. The Green Party wants to see less cars on the streets and more people using public transport. The reality is different: In January 2019 there were 794.618 cars in Hamburg. Almost 140.000 new cars were registered in Hamburg in 2018. The figures didn’t change over the past few years, and a decline in new registrations does not appear to be in sight.

Martin Bill is certain about the fact, that the light rail system can be a useful addition: “In the future it will probably be the case that bus lines, that cannot be replaced by a subway, will be full. For example, from Altona to Eppendorf, or in the north from Ring 2 to Ring 3. There will be no money available to cover these lines with a subway. Here the light rail can help because it closes the mobility gap.”

The authorities in St. Petersburg want to keep on improving transportation quality of St. Petersburg. Meanwhile, the government plans to purchase 500 new modern trams and a new tram line that connects Kolpino and St. Petersburg. The length of this line will be about 21 km, including 15 stops.

Then the citizens of St. Petersburg’s suburbs could get to metropolis by direct route and without traffic jams. The time, citizens spend for getting to the subway, will shrink from one hour to 30 minutes. There will be four of such speed routes and the total length of the tramways will be 34,5 kilometer.

The answer to a modern challenge of “environmental friendliness” will become important when launching the first Russian ecological tram which will run only on hydrogen. During the reaction of hydrogen and oxygen these ecological trams are producing electric power and heat. Does the future of public transportation looks like this?

Between nostalgia and being part of the solution

Trams can play an important role in the transformation of mobility – but it’ll depend on the individual situation in the cities. In St. Petersburg trams are seen as an comfortable transportation system and as a tool to perform cultural and leisure functions. The city is planned to introduce a special route for the old centre of St. Petersburg to promote the city’s culture, while there are some cases of using the tram as a mobile cafe and restaurant.

This is one way to use trams as a public transport in the future. But is a nostalgic role enough?

There is of course another argument for the second life of the tram in big cities like Hamburg and St. Petersburg: the environment. “We have no choice but to extend public transport as far as possible in order to achieve our climate and transport policy goals. If car traffic declines as we hope it will, there will be room for a light rail system again”, says Martin Bill.

But it takes more than the support of politicians to bring the tram back to life in big cities. The change in the field of mobility is also a social one.

This text was produced during a cultural exchange program between HAW Hamburg and the School for Journalism and Mass Communication of St. Petersburg State University. 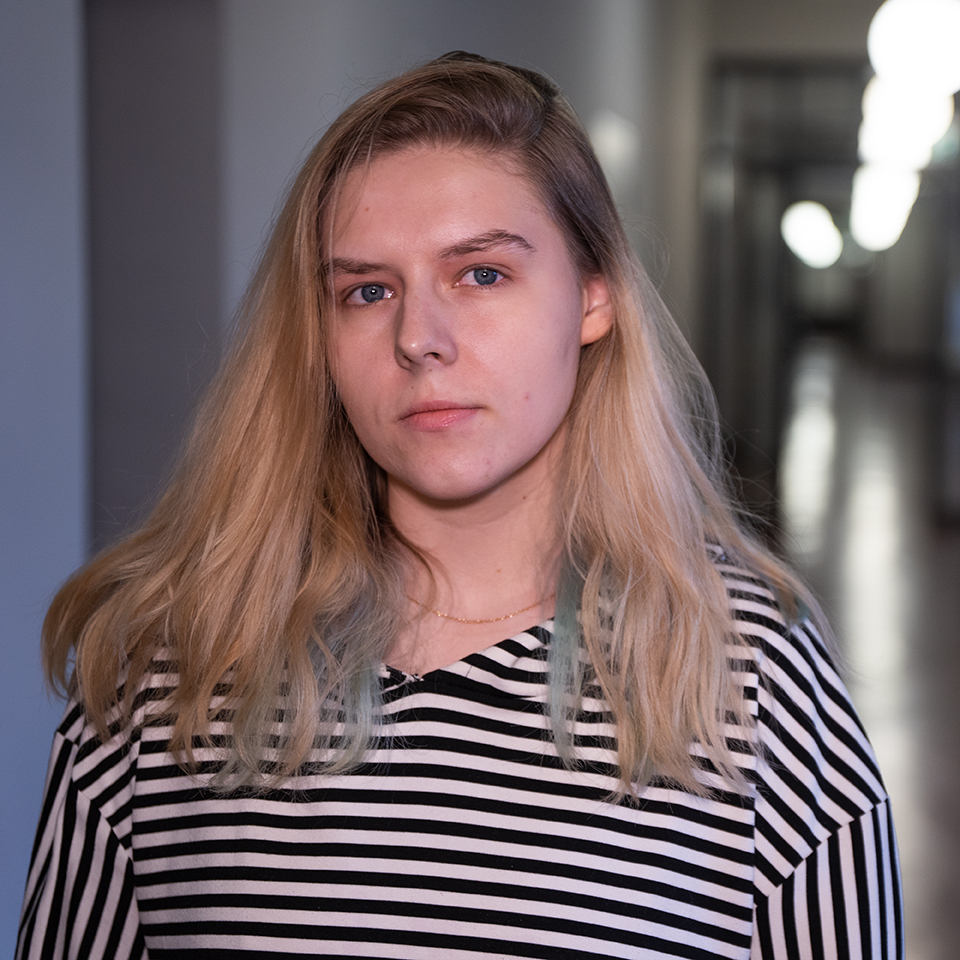 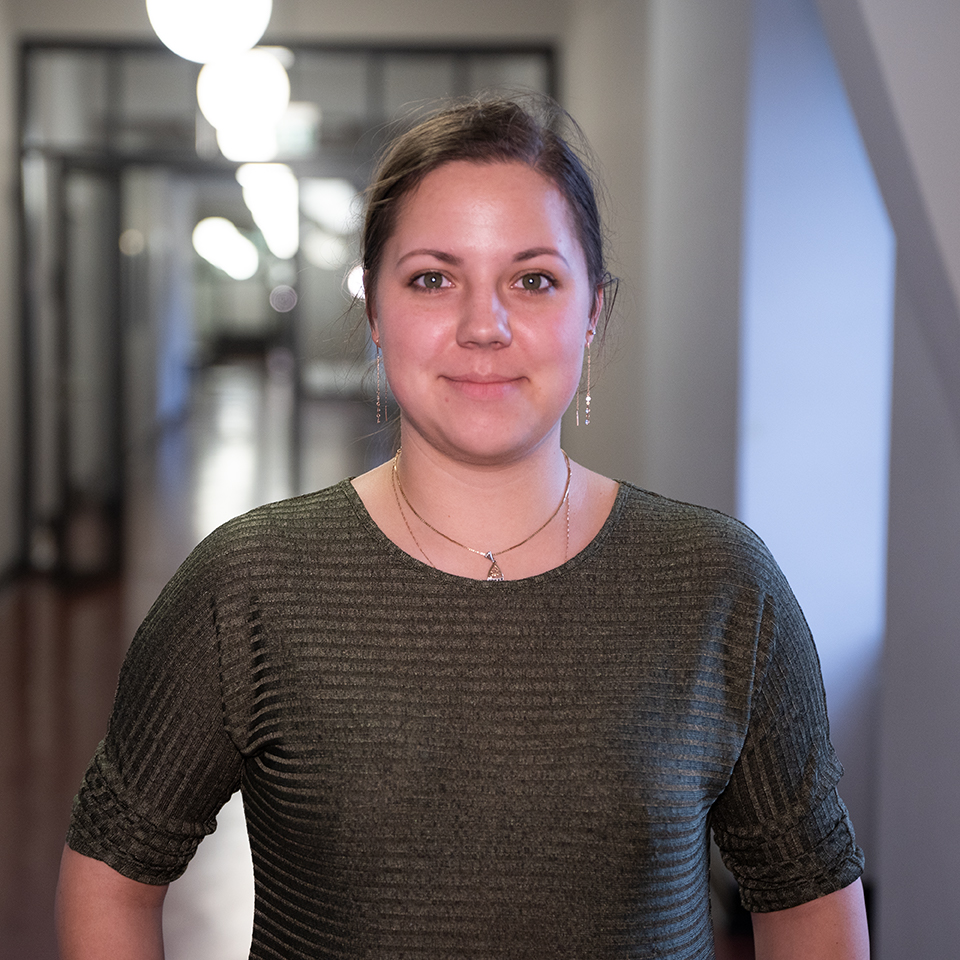 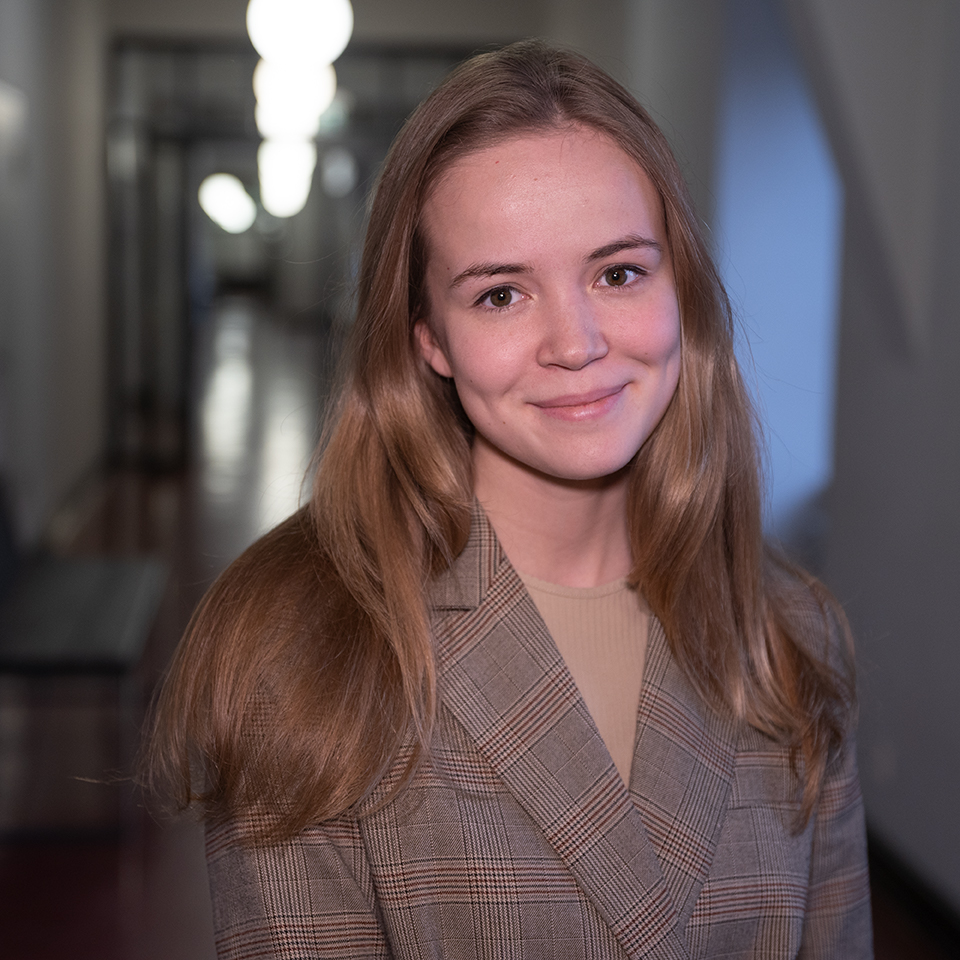 In diesem FINK About It erklären wir euch das Spr